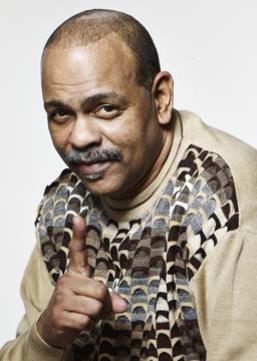 Hair Wars started in the Detroit nightclubs in 1985 as an informal stage show for local hair stylists to show off their hair creations.  Disc jockey David Humphries, a.k.a. "Hump The Grinder," came up with this concept as one of his 'gimmick parties' to keep things interesting in the clubs.  What began as a 4-week hair promotion, lasted several years, as more and more hair stylists took advantage of this opportunity to showcase their work.  They had no other platform to show off their hair creations.  Beauty schools eventually became involved, and that took on a separate division, which was named the "Hair Wars Beauty School Showdown," a grooming center for Hair Wars.

Eventually, the hair segment of the parties got so popular, the full-time focus was promoting and marketing 'Hair Entertainment.' In 1991 the performances moved from the clubs into larger venues and what was a party with a little hair became lots of hair with an after party.

In 1994 Hair Wars went on its first road trip to Los Angeles, where several of Detroit's top hair stylists performed and Southern California hair stylists, along with many others from around the country, joined the tour as it traveled to several cities.  Some of the top cities other than Detroit on the tour include:  Columbus (OH); Oakland; San Diego; Chicago; Raleigh; Dallas; Atlanta; New York; Las Vegas; Miami and the Caribbean.

Hair instructional seminars are also a big part of Hair Wars.  Top hair educators have been teaching new techniques and creating new trends in over 25 cities since the educational tours began in 1992.   Hair Wars is still known for showcasing the hottest trendsetting hair stylists in the U.S.

A 1996 front page story in The Wall Street Journal. started the  media blitz that has never stopped.  A Dateline NBC feature and an appearance on Oprah quickly followed.  Once that occurred, media from all over the world wanted a piece of the 'hair entertainment' world.

Hair Wars has been dedicated to producing and promoting hair stylists as 'hair entertainers' and 'hair celebrities,' and has become the main source for many TV shows, record companies, movie studios and publications for hair talent.

Hair Wars has been approached by several Hollywood studios about a reality show, but all the offers have been turned down because Hair Wars doesn't fit the image of what the producers want.  When the right situation comes along, Hair Wars will represent the hair industry as a positive, innovative and powerful force.  Until then, Hair Wars will continue to travel the nation and parts of the world, while continuing to build the brand name.  Hair Wars has reached an estimated 100 million people.

MEDIA COVERAGE
The first Hair Wars story was written by Michigan Chronicle Entertainment Editor Steve Holsey in the early 1990's.  Since then, it's been crazy.

THE FUTURE
Hair Wars will continue to develop and promote hair entertainment and hair education.  Our goals include: producing shows in Europe and other parts of the world; presenting a  reality TV show that's really reality; major movie deals; partnering with sponsors that are willing to step out of the box; creating endorsement deals for hair stylists and spreading positive messages and images around the globe.